The last time I had the chance to photograph wildlife in proper snow (by which I mean more than a pathetic covering that normally occurs about once a year) was the winter of 2012/13. Fortunately, this coincided with my fox project, so I was able to get images of foxes against a completely white background. Since then I've been longing for the chance again, and this year it finally came at the start of March. Full of optimism, I headed out early in the morning. With many of the roads impassable I was on foot, but still hoped to find some subjects over the day.

Unfortunately what I'd hoped for didn't really occur. I walked several miles in the search for wildlife, but found little. This could have been because the conditions were so bad that everything was sheltering from the weather, but whatever the reason, the outcome was the same!

Eventually, in a sheltered patch of woodland, I came across a Nuthatch moving its way up and down the trunks, which let me get some images. 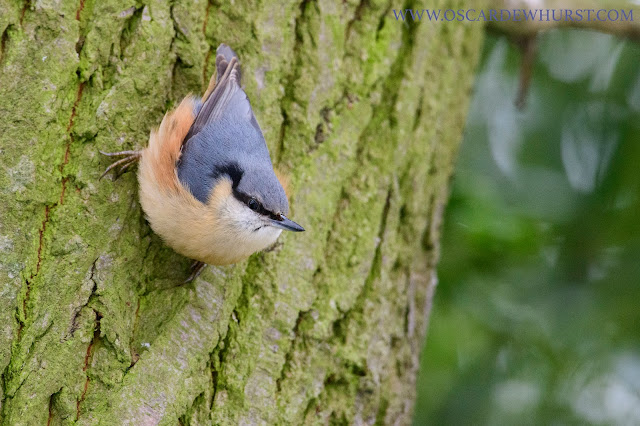 It wasn't really what I was looking for, though. Given how rare large snowfall is (certainly with me usually in London anyway), I was really trying to get some images with snow in them! Despite my efforts I kept coming up short, so reluctantly started heading for home.

About half way back I passed yet another field blanketed with snow, but I noticed a bit in the middle that was uncovered. During times like this, birds such as Snipe and Woodcock find it very difficult to feed, as they need mud to probe their long bills into. Throughout the day I had flushed a couple of these birds up from small areas of running water, so thought I'd just have a quick check of this bit to see if it held anything.

Lifting my bins, I was greeted by the sight of 5 Snipe scuttling around in the mud, feeding voraciously. I was delighted to have found something to photograph at last! Over the next hour, before it got dark, I spent time shooting them. Each time a dog walker passed by, the birds would all take off, do a couple of circuits of the field, before returning to the same spot. 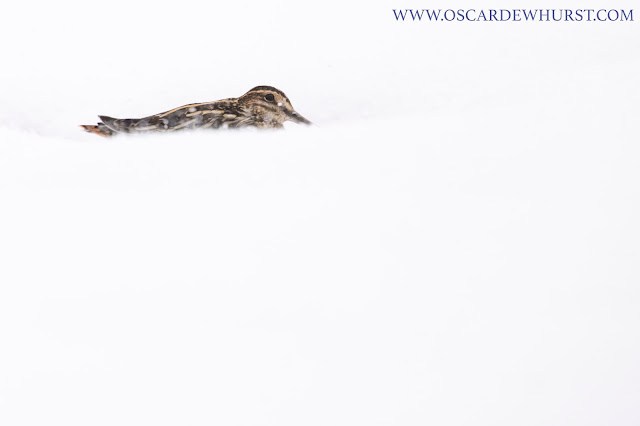 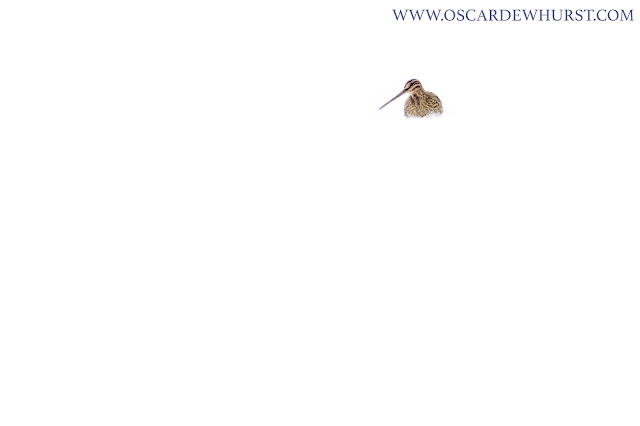 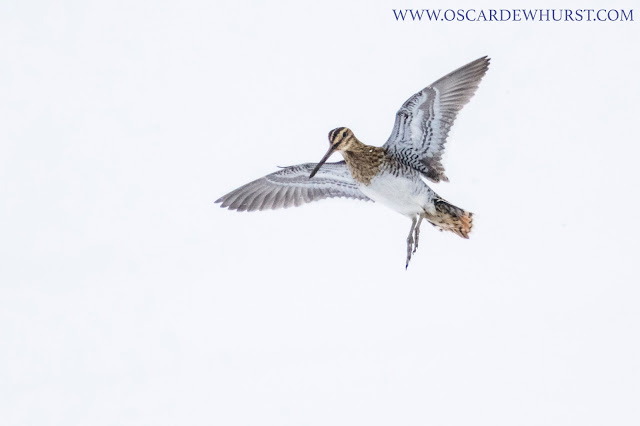 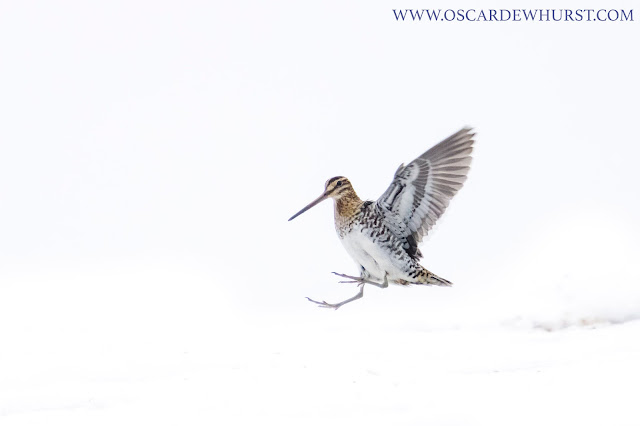 Despite seeing nothing for the vast majority of the day, these photos at the end made all the trudging through knee-deep snow worth it! Fortunately, I was also able to get out the following day, but the images from that will have to wait for the next post.
Posted by Unknown at 19:18