A couple of weeks ago I spent a day out on the coast just south of Hartlepool, at North Gare. I'd gone to look for some shorelarks that had been reported there for the previous few days. On arrival I found them soon enough, but didn't manage any photos thanks to two photographers who thought the best way to get closer to the birds was to march straight towards them, even when they kept flying away. This only led to the birds flying off into the distance, so I went off on my own to find something else.

On the beach I noticed a small group of sanderlings that were feeding along the tide line, scampering backwards and forwards along the coast. These birds are usually pretty easy to photograph and are often remarkably confiding, if you go about it the right way. I could see which direction they were heading in, so positioned myself ahead of them and lay down on the sand. Sure enough, they came right past me, coming too close to focus! 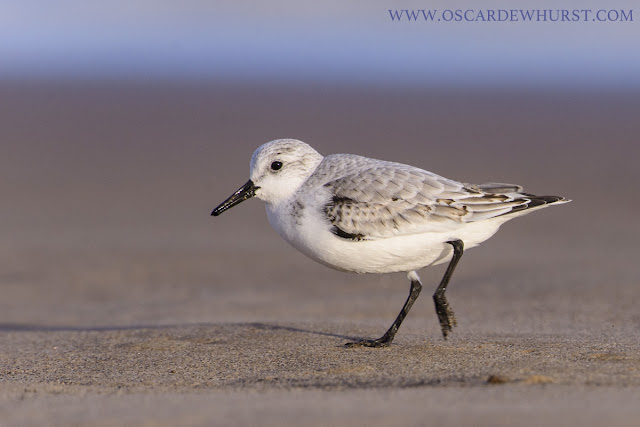 Having got some photos with the sun over my shoulder, I was quite keen to get some photos of them as they were on the wet sand that is left when the water would retreat back towards the sea. This was easier said than done, however, as they move so quickly along the coast that I had to get my positioning just right to get them running past me at the perfect time that the water retreated, before the next wave pushed the birds off the wet sand onto the drier stuff higher up. After a couple of hours I had a few that I was pleased with. 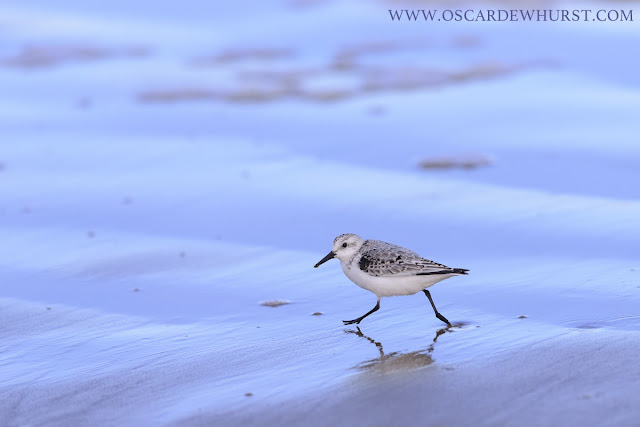 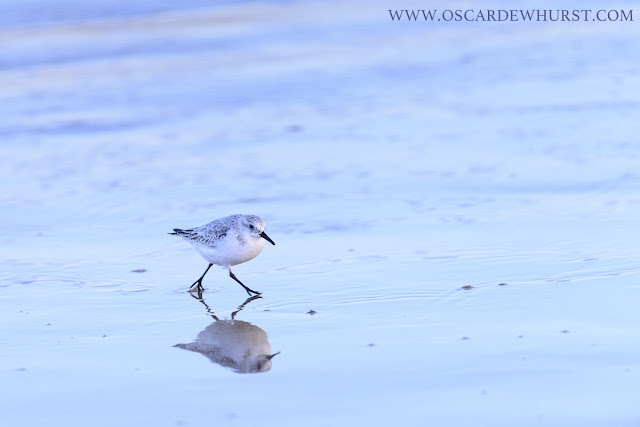 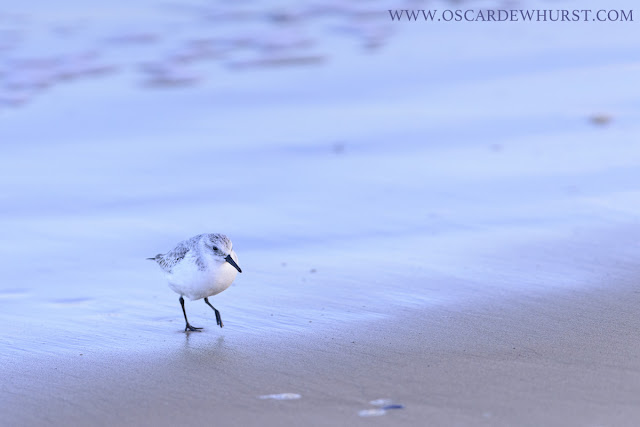 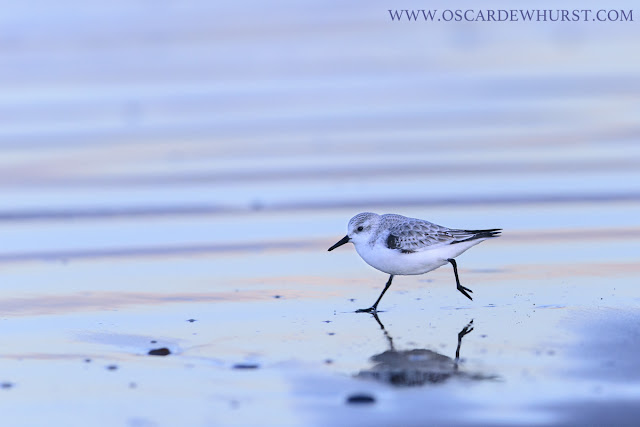 Sometimes when the next wave would come in they would be caught unaware and would just about manage to take off before being engulfed! 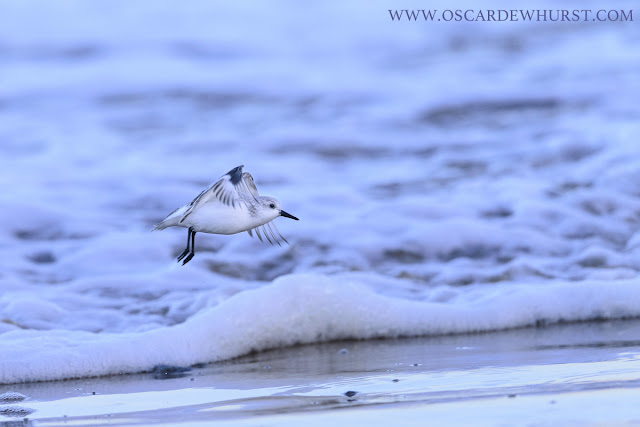 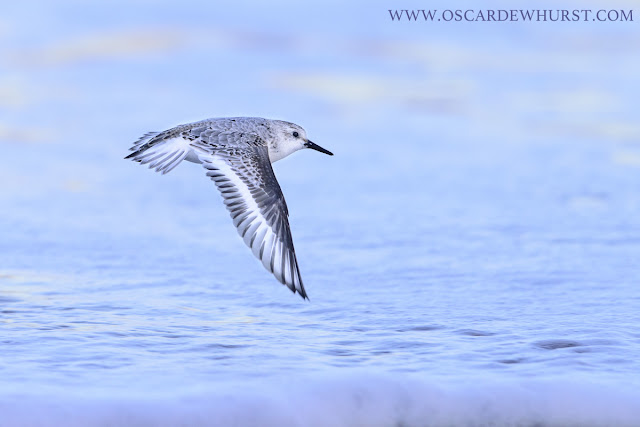 One image I didn't manage to get was a sanderling with a perfect reflection. There were a couple of very near misses, but none that quite made it, so I'll be returning over the winter to try and rectify this!
Posted by Unknown at 14:43 No comments: