This post will have a lot of images I'm afraid, but please make sure you have a look at all of them. It will be worth it, I promise!

I wanted to have another go at the Bitterns that evening, so headed back to the Island Mere Hide at about 3 in the afternoon and waded through the water to get underneath. Because it was the afternoon this time, the sun was at a better angle, and was lighting up the side of the reeds from where I hoped the Bittern would appear. While I waited, there was nothing else in front of the hide, except for a Greylag Goose and some Sticklebacks in the water just in front!

My parents were in the hide above me, and were getting a bit bored by now, but I kept persuading them to stay a little longer. Luckily the waiting payed off, as at about 5.30 I saw the Bittern swim out of the reeds and then it gradually started coming towards the hide, hugging the reed margin very closely.


As I was fairly low down, I soon lost him (I think it's a male as it has some blue at the base of the bill) as he progressed closer and closer through the reeds, the only sign of his presence being the odd movement of a reed or the sound of him as he crept towards me. Occasionally he would pop his head up though:


Eventually he made his way out of the reeds and started walking across more open water. This was the moment I had been waiting for, and I couldn't believe that I was watching a Bittern so close. The resulting images are some of my favourite shots I have ever taken. 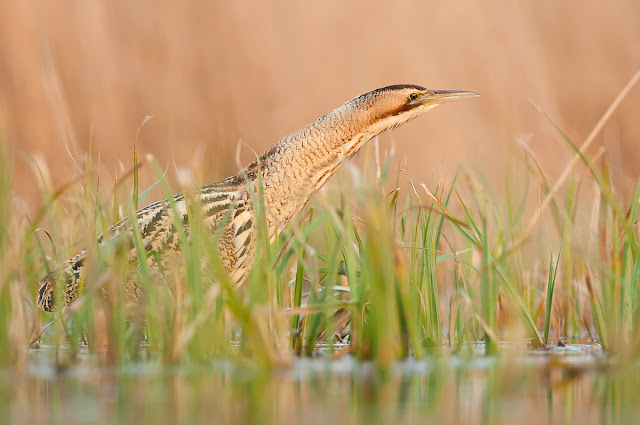 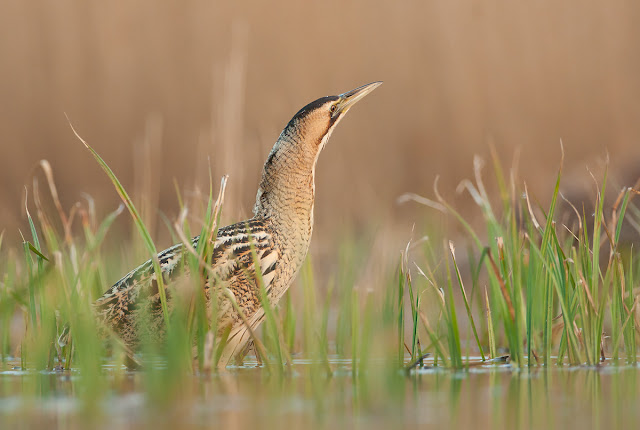 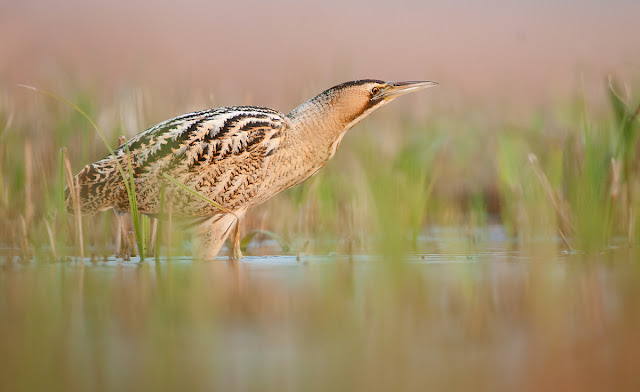 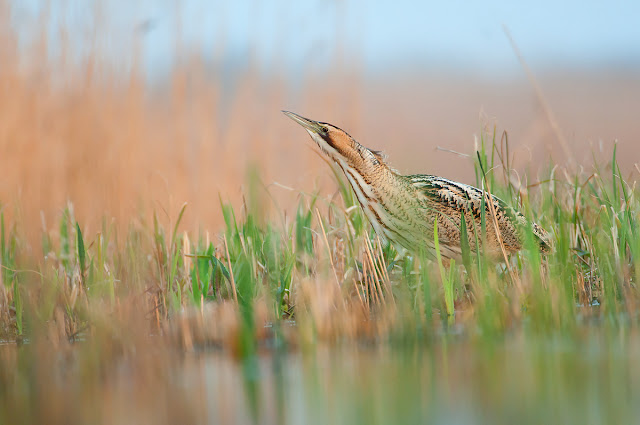 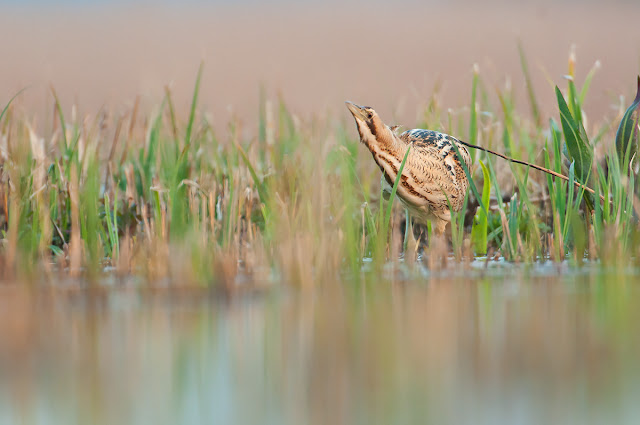 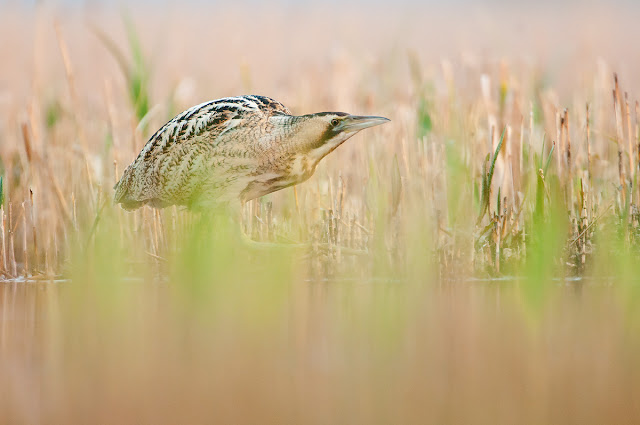 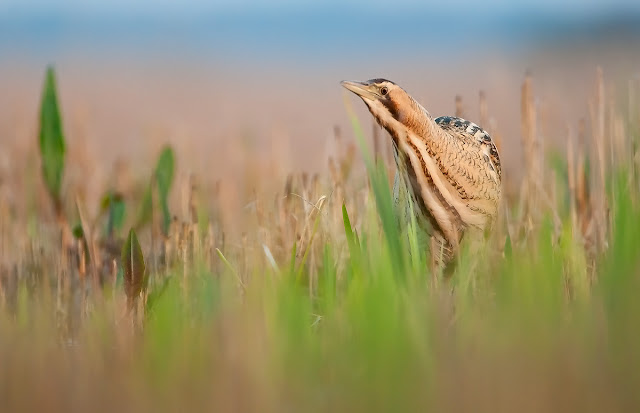 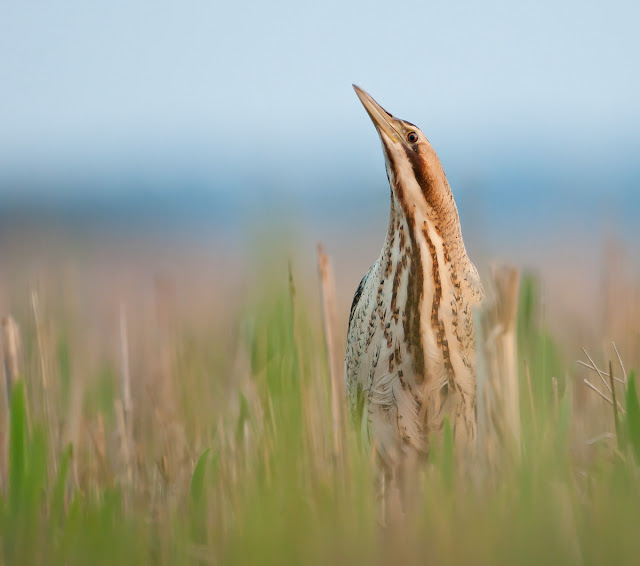 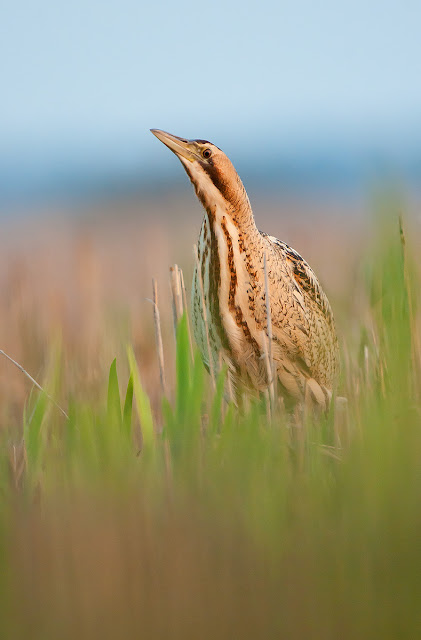 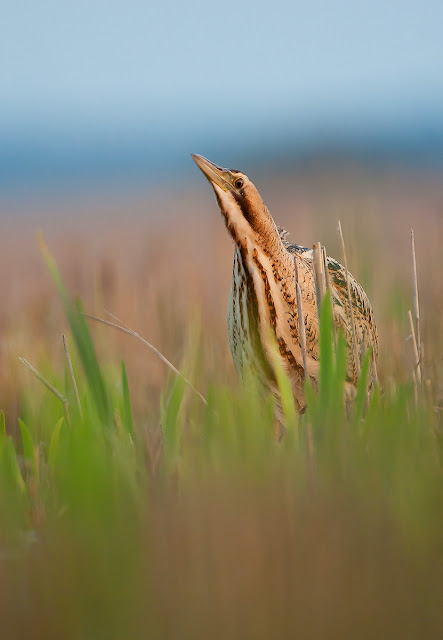 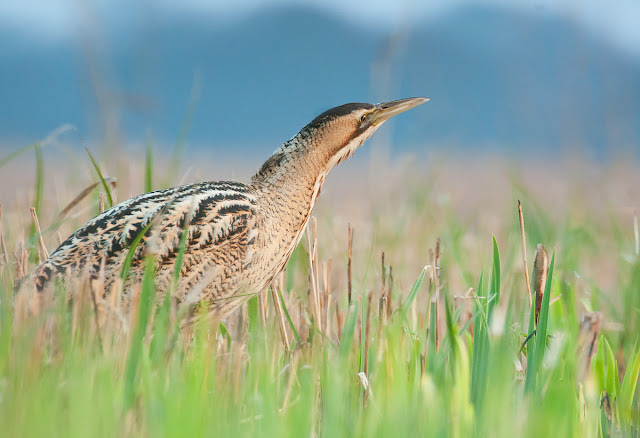 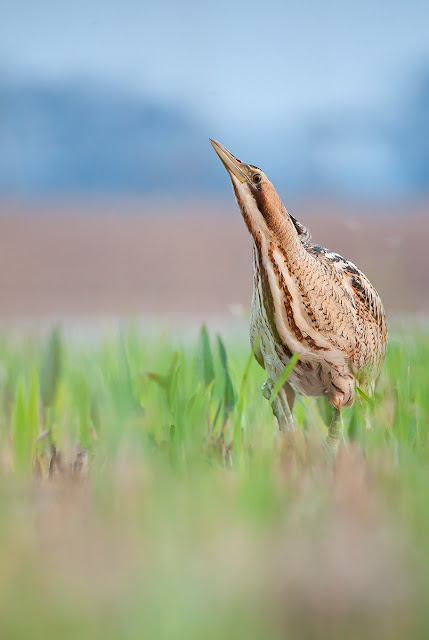 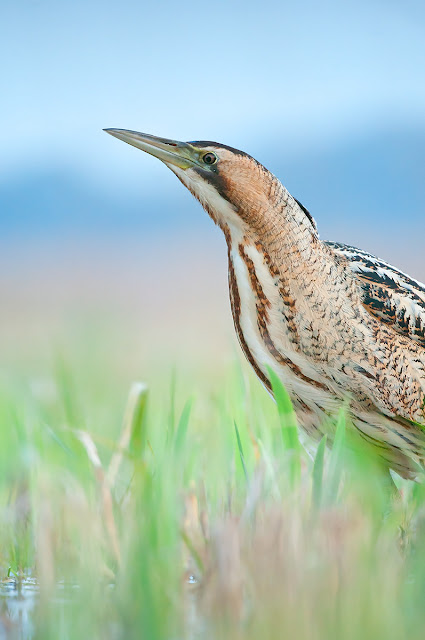 By the end I couldn't even fit the whole bird in at 400mm, and it was only about 5m from the hide. Suddenly, with its harsh call, it took flight and flew off into the reedbed.

I only have another week and a half of exams, so I am looking forward to when it's all over, and I can get out with the camera again.

Just a quick post today, over the Easter holidays I visited Kensington Gardens on a couple of days hoping to photograph the Great-crested Grebes. The light was great and there was lovely mist over the water, but the Grebes refused close except for occasions.

Instead, I found a Song Thrush that was flying down onto the grass to collect worms and then taking then back to, presumably, its nest, in the hedge. 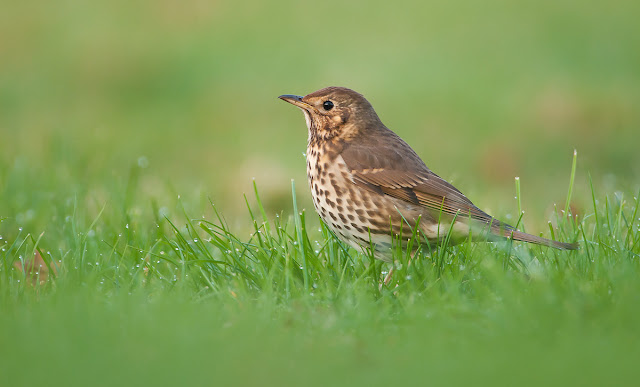 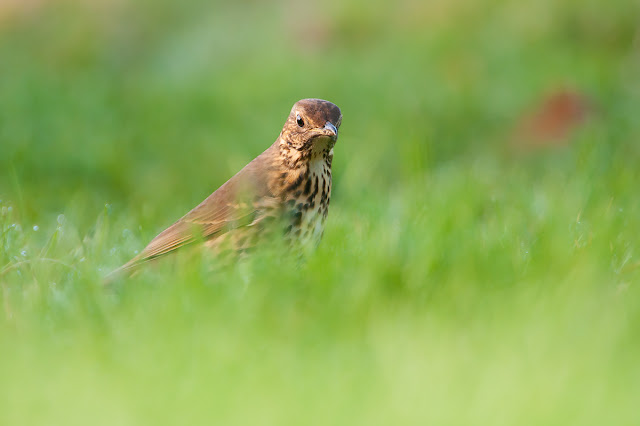 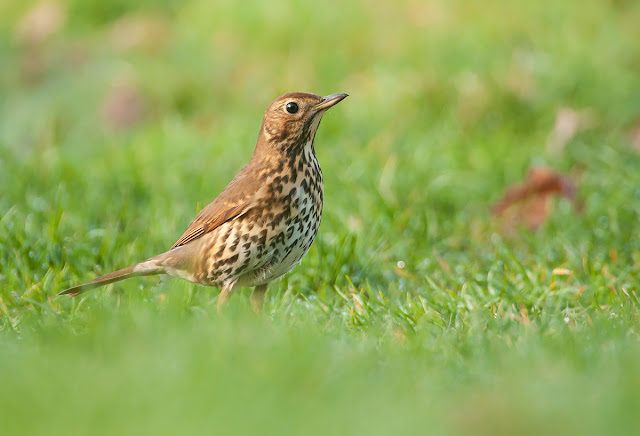 While waiting for the Thrushes to return from the hedge, a Blackbird was also feeding in the grass. 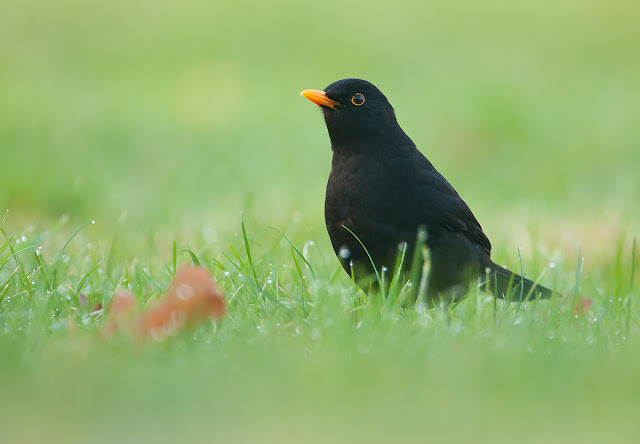 There will be no new images appearing until June as AS levels start on Monday, so I'm going to have my head down for the next couple of weeks!

Thanks for looking.
Posted by Unknown at 21:26 5 comments:

While I was waiting for Bitterns, there were usually several marsh harriers floating over the reeds. Here is one from a dawn start one morning, quartering over the reeds in the mist before the sun had risen.


As the sun came up over the trees, it shone through the Marsh Harriers' wings giving lovely backlighting.


Here is another one with the light coming from a different direction.


Next up will be some more Bitterns.

Thanks for reading
Posted by Unknown at 21:57 4 comments: