The weekend after the images from a couple of posts ago I was back out at my usual spot on the coast, but this time I was armed with a new toy. Earlier in the week my D850 had arrived. I'd hoped to use it the previous weekend, but the one I ordered turned out to be faulty, with several dead pixels on the sensor. As a result I sent it back, but a replacement arrived a week later so I was itching to get out and see what the fuss was all about.

The first subject I could use it on was a Redshank feeding in the shallows. The AF seemed pretty snappy, certainly quicker than my old D800, and the increase in fps should make capturing action images easier too. After the Redshank I came across a Ringed Plover on the sand. It wasn't particularly concerned by me, so I was able to get a few photos as it stood on the sand, the colours looking lovely with the sun over my shoulder. 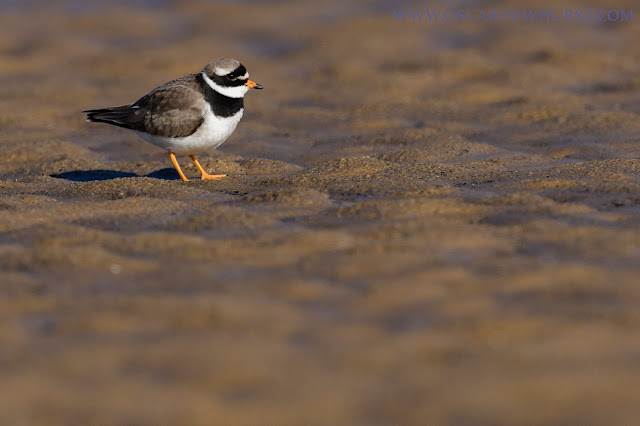 I knew there had been a flock of Snow Buntings knocking around over the past few weeks but I'd never managed to come across them except when they flew over my head and into the distance one day. This time I had more luck, however, and soon found them feeding inconspicuously on the shingle and perching on rocks. 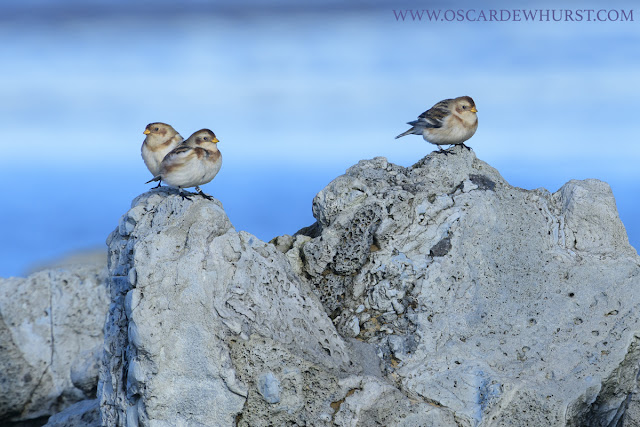 Unfortunately another photographer there seemed to have little idea of fieldcraft, and soon flushed them. He clearly didn't want to put any effort in to re-find them, so wandered off in search of something else. Now alone I thought I would have a better chance of getting near them, so set off to look. Fortunately it didn't take long, and over the next couple of hours I was able to get close enough for some images. 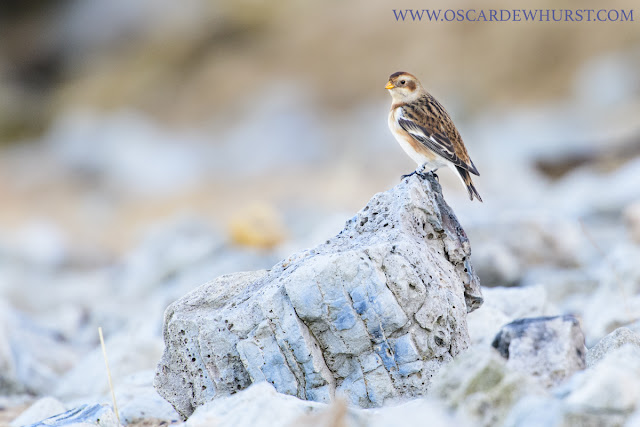 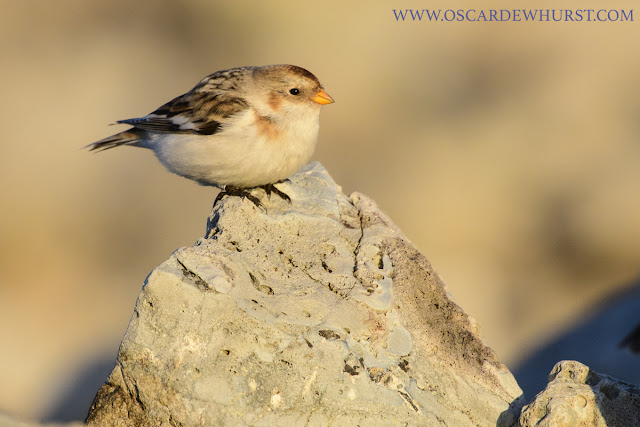 Annoyingly for photography, several of the birds had been ringed, but luckily the brightest bird, a male, hadn't. Naturally, this individual proved the hardest to photograph, but eventually I managed to get a couple as it perched in the open, as well as one showing it hidden amongst the rocks. 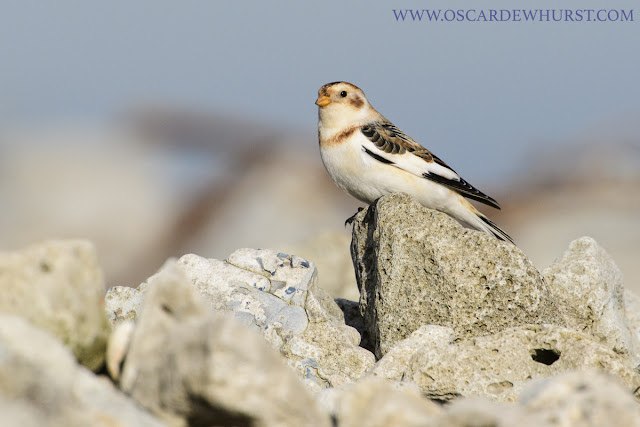 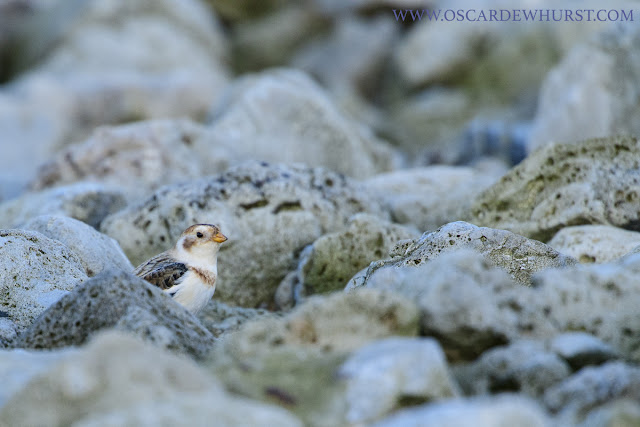 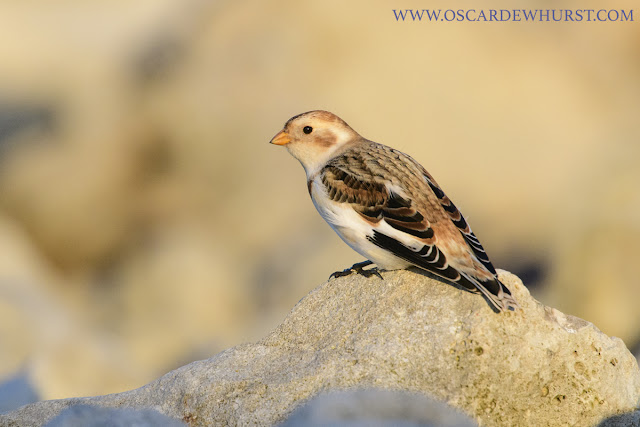 Before long the sun had dipped below the horizon and it was time to head home. I was very pleased with the D850 though; it certainly felt like a significant improvement over my D800.
Posted by Unknown at 21:59