With not much planned in the first couple of weeks of August I thought I'd spend a bit of time in Suffolk. There were a couple of particular things I wanted to photograph, as well as generally wanting to get back there as I like it so much!

On my first afternoon, while sitting in one of the hides overlooking the scrape at Minsmere, I spent a couple of hours photographing a pair of Oystercatchers with their two almost fully grown young. The parents were still feeding the chicks, and this was when one of them was returning to a youngster with food. 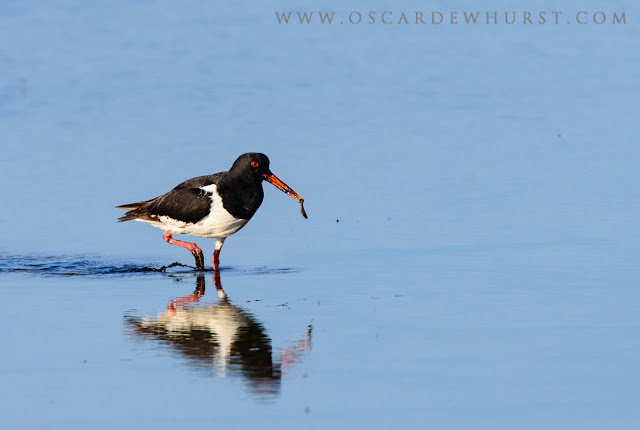 I also spent a few evenings in the scrape hides, albeit with not much success. Luckily towards the end of my stay a flock of Spoonbills flew down and landed for 5 minutes, before taking off again and heading north. 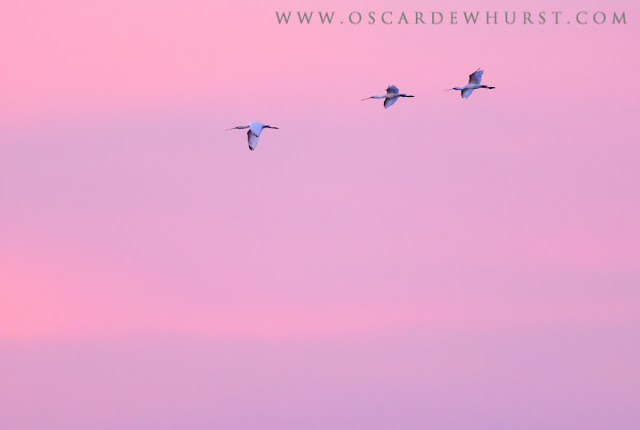 Another image taken in the evening, this Greenshank was roosting on one of the marsh pools on the levels. There were several of these at Minsmere while I was there. They will have been migrating from their breeding grounds in Scotland and Scandinavia to wintering grounds around the south and west coasts of the UK. Other greenshank populations winter as far south as sub-Saharan Africa, southern Asia and Australia. 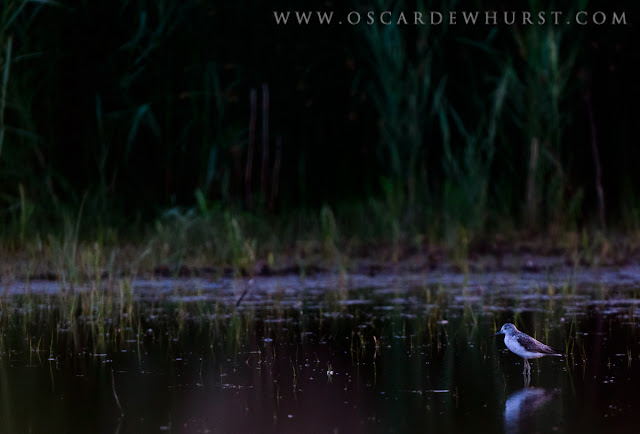 One of the particular things I had wanted to photograph up there, and my reason for visiting in mid-August, was birds in flowering heather. I had hope for Dartford Warbler and Stonechat, but the former were very elusive. Fortunately I had some success with Stonechats perching in purple heather plants. 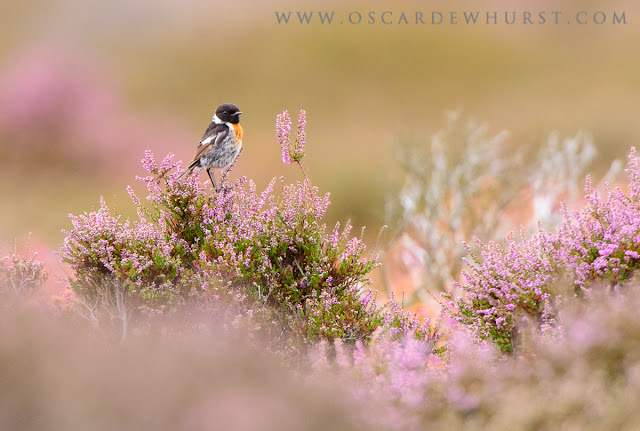 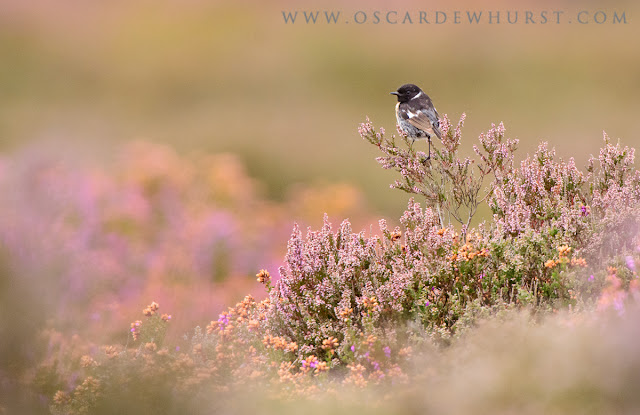 One morning while walking along the beach at Minsmere I spotted a Sanderling, another migrant wader making its way south, scuttling up and down the shingle, feeding on invertebrates in between the pebbles. Watching which way it was going, I walked ahead of it before lying down and waiting, and sure enough in a couple of minutes it was close enough to get some photos of it. It was so unconcerned about me being there that it just ran straight past me so close that I could almost touch it! 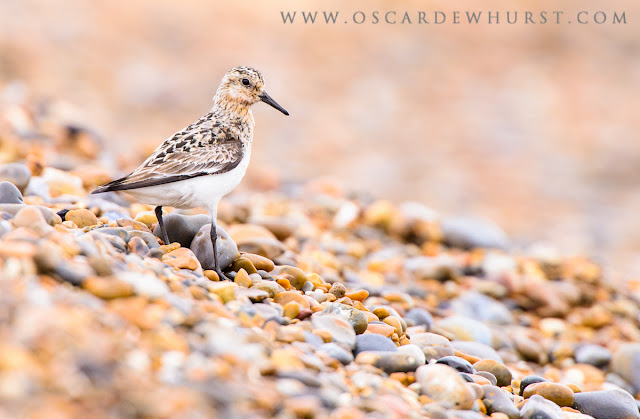 Another passage wader, that was present at Minsmere in much larger numbers, was the Black-tailed Godwit. I managed to get this image as a small flock of them flew past the hide. 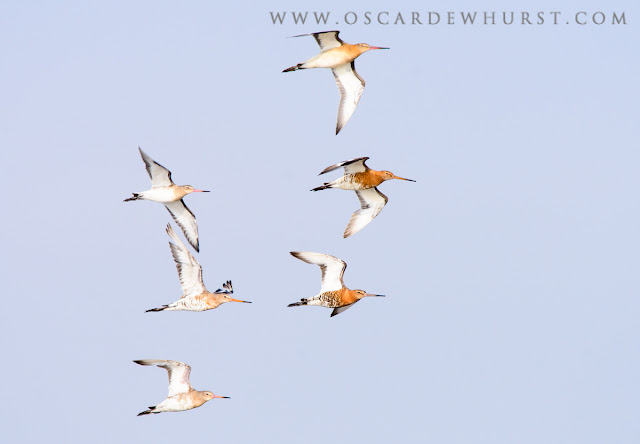 I also spent quite a bit of time there photographing Beewolves, a species of parasitoidal wasp, but those image will have to wait until next time.