Red Deer and the upcoming rut!

Earlier in the Summer I went to Richmond Park a couple of times for dawn to see if I could get some pictures of the deer there in the mist. The first trip was a great success, as I timed by visit perfectly, arriving at the park about 30 minutes before dawn, so by the time I reached the middle of the park, the saw was rising in front of me, and there was a thick layer of mist carpeting the ground. The deer were mostly in family groups, with maybe a couple of fawns, and three or four hinds. I wanted to get some backlit images, and so was very pleased when I came up to a little group of trees, underneath which a small group of deer were standing and feeding.

The first shot is one of a female which paused to look up at me. 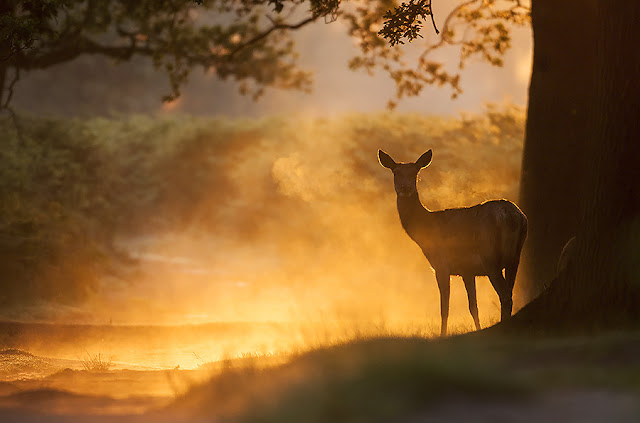 This second image is of a hind and her fawn; I really like how the mother's breath was backlit. 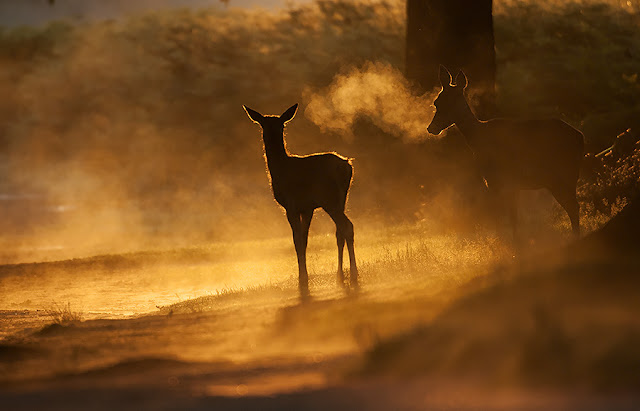 The third image from the day was taken when a hind nuzzled her fawn. 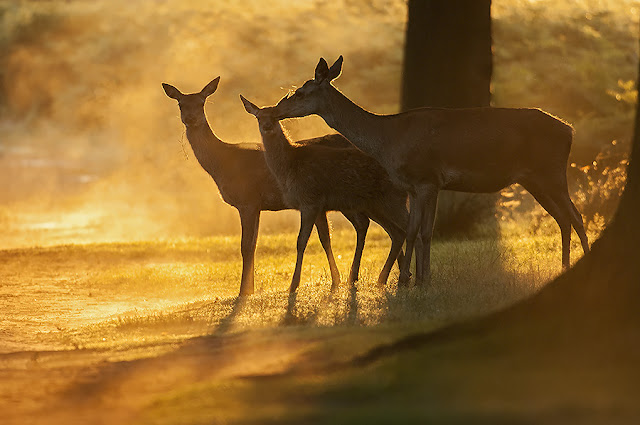 The second time I went, I got there at the same time, but sunrise was 15 minutes later as it was later in the year, so the sun hadn't risen until I had got to the pen ponds, at which point I got distracted by the Common Terns which I posted about here: http://oscardewhurstphotography.blogspot.co.uk/2012/08/common-terns-and-some-news.html

On a related note, the Red Deer rut is coming up, and I'll be practically living at Richmond Park over the next couple of months when the forecast is right, so if anyone is there, do come and say hello!

Thanks for reading
Posted by Unknown at 21:23 4 comments:

I am delighted to be able to announce that I have a highly commended image in this year's Veolia Environnement Wildlife Photographer of the Year competition (2012). The image will therefore feature in both the book and the exhibition, which tours around the country, starting in London in October. To say I am pleased would be an understatement. This is the biggest competition of its kind in the world, and to have by image among those of some of the best pros in the world is amazing. Here is the image, and the story behind it.

It was taken in the winter of 2010/11, when there was a cold snap just before Christmas. Great Bitterns regularly overwinter at the London Wetlands Centre, but it is only when the water freezes over that they become more conspicuous as they are forced out of the reedbeds to look for food. The day before this, I had enjoyed fantastic close views of them in front of one of the hides there. I returned the next day, and settled down in the hide. There wasn't much activity close to the hide for a while, and then the heavy snow set in. It was unlike anything I had experienced in London before, but really gave the photographs something special. At times it was so heavy that the camera's AF struggled to lock on to the bird, preferring instead to focus on the falling snow! My dad was meant to be picking me up, but he was worried that because of the heavy snow, if he left it too long he wouldn't be able to, so he came back early to get me. Just before I had to go, I turned to see this bird stepping out of the reedbed, and onto the ice. It summed up the environment they were living in perfectly, showing the habitat and weather conditions they have to endure. It was the last image I took of the day, and turned out to be my favourite of all. It was also the last time I saw the birds so well until the last winter, when the cold weather again had the same effect.

Common Terns and some news

I have spent a couple of occasions photographing Common Terns this Summer, both of which involved 4am starts! It was worth it though, as the light was superb both times. Just after the sun came up, I tried some backlit images, and would follow the bird as it flew, taking images when it passed through the light from the sun. 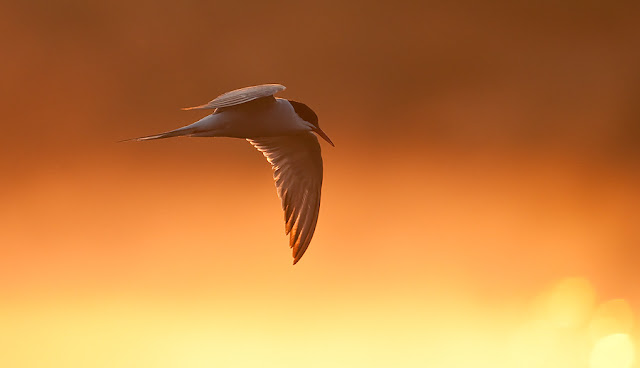 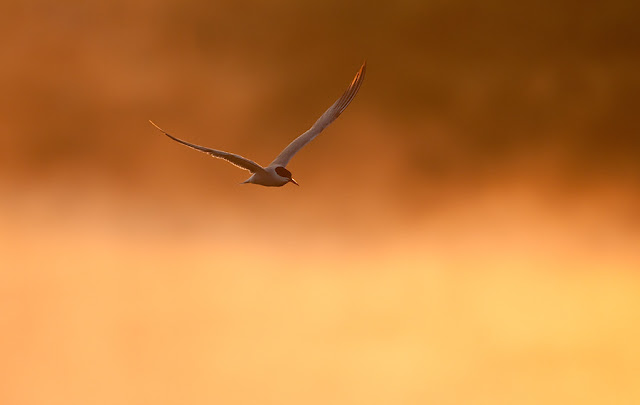 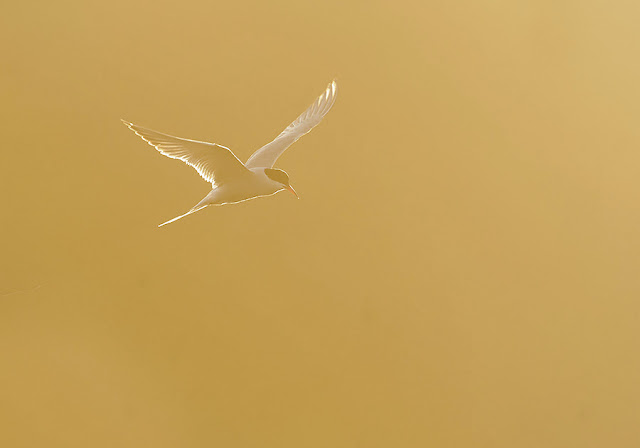 After the sun had risen a bit more, I turned my attention to the adults feeding the juveniles on a raft on the other side of me. It was a bit of a job to get low to the water, but I think I just about managed to get low enough. I waited for the adult to catch a fish, before lying down and waiting for it to come to the juveniles. 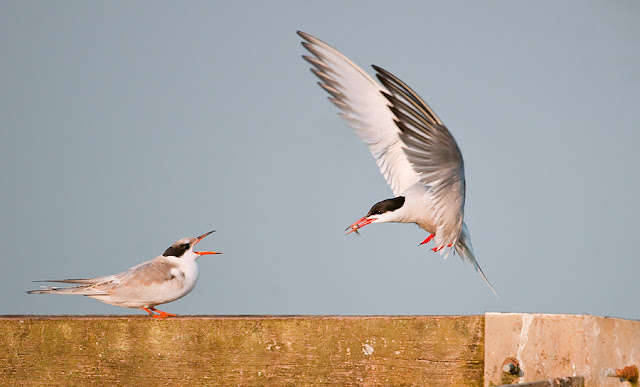 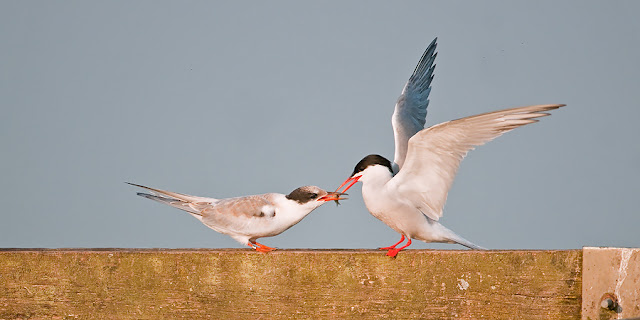 I also got some shots of individual birds. 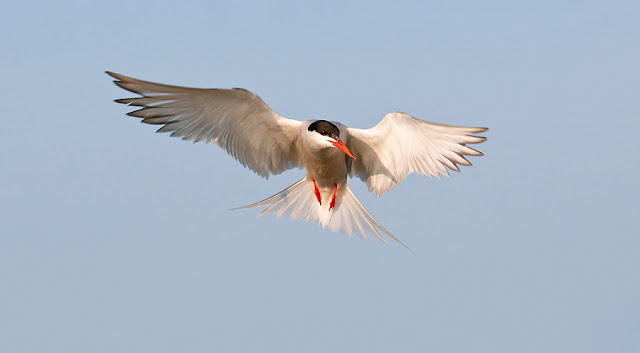 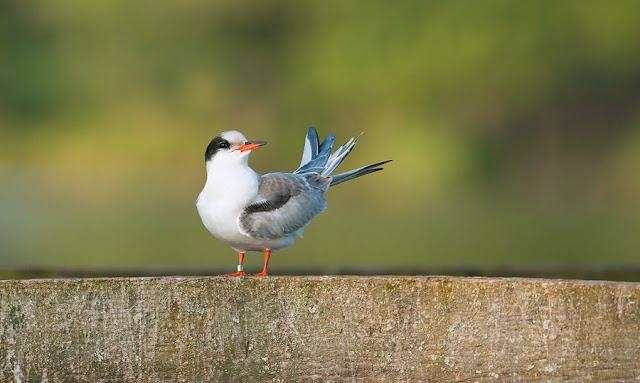 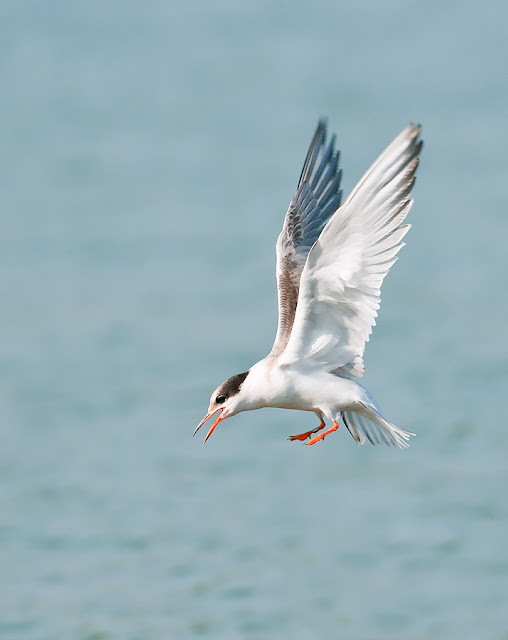 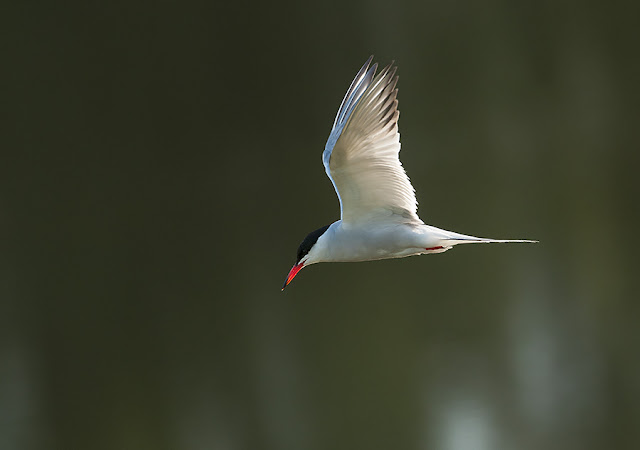 In other news, I was asked about a month ago if I would like to have an online gallery of my Bittern photos featured on the BBC Wildlife website. The gallery is now live, here: http://www.discoverwildlife.com/gallery/beautiful-bittern-photo-gallery-oscar-dewhurst

My new website is also up and running (almost), and you can see that here: http://www.oscardewhurstphotography.co.uk

I spent a week in Sicily during the middle of July, and managed to get out with the camera a couple of times. Here are some shots. 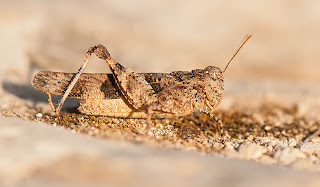 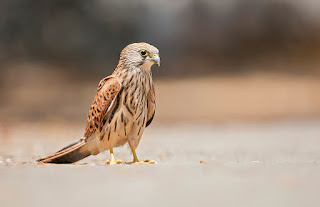 Kestrel sitting on the road 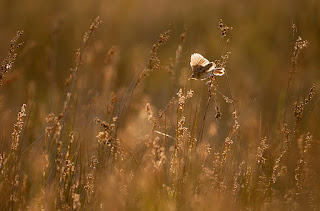 Zitting Cisticola (what a name!)

Following on from my last post, here are some more Puffins from Skomer. This time it's portraits: 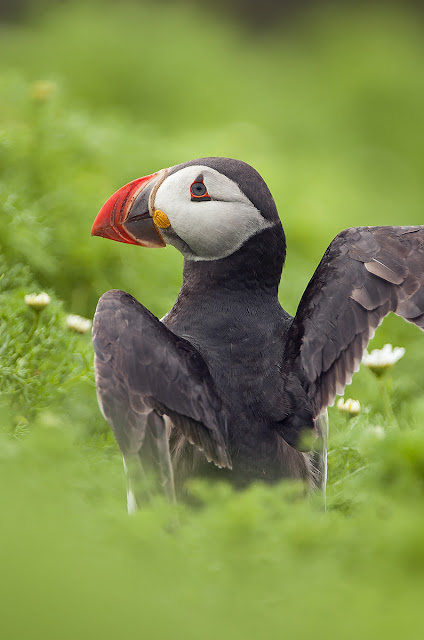 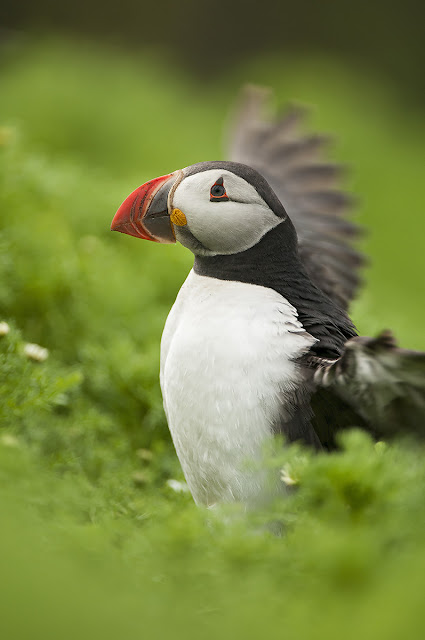 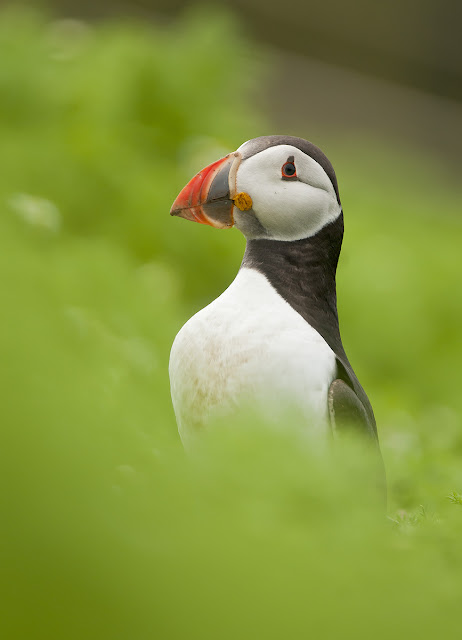 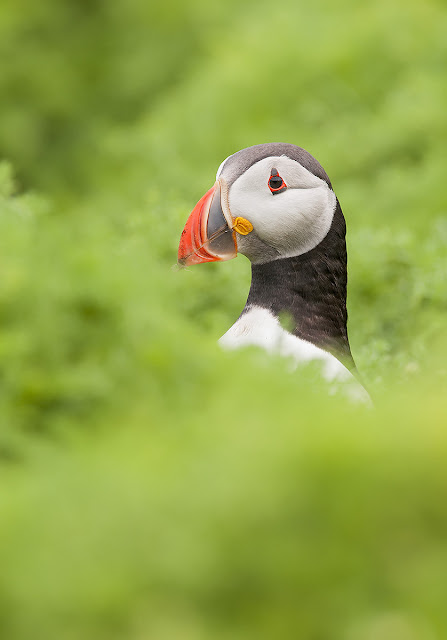 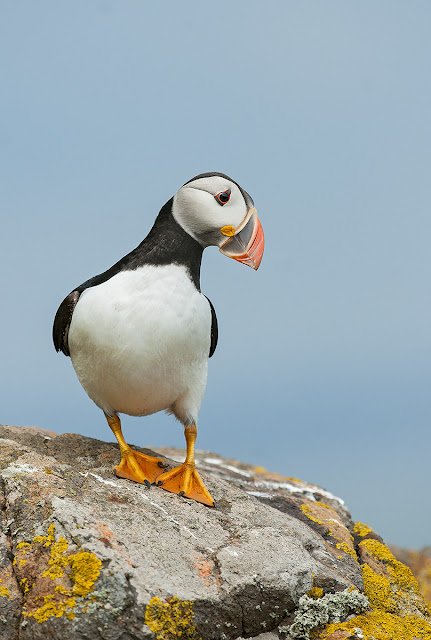 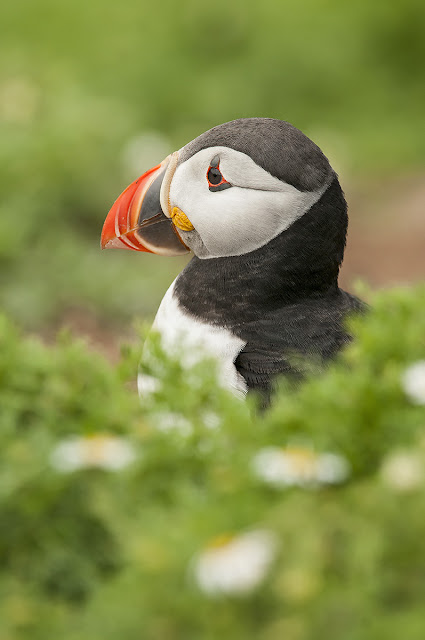 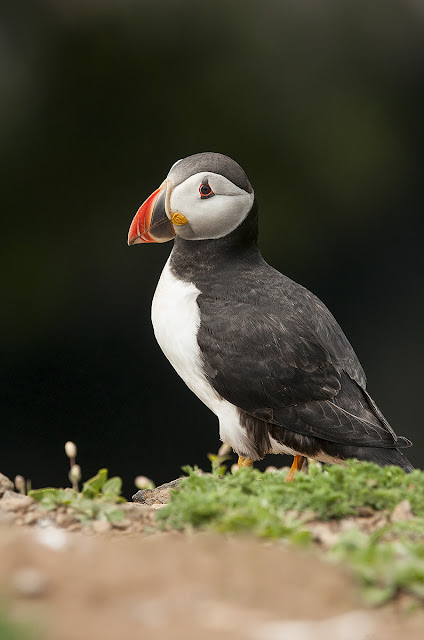 Thanks for reading
Posted by Unknown at 17:49 2 comments: